NEW DELHI: The Central Board of Secondary Education (CBSE) has lodged a police complaint against a private 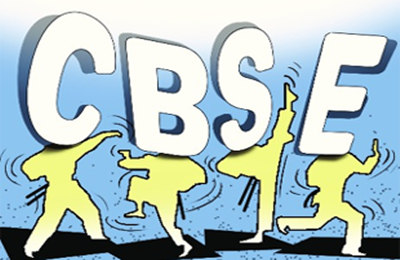 Noting that the content of the book is inappropriate and not in sync with the curriculum decided by the National Council of Research and Training (NCERT), the Board has also constituted a review committee.

The CBSE, however, clarified that it "does not recommend any books by private publishers in its schools".

"Taking strong exception of the indecent depiction of women and misrepresenting the syllabus prescribed by CBSE for Class XII Physical Education Course, the board has registered an FIR under Section 6--Indecent representation of women (Prohibition) Act, 1986," CBSE spokesperson said.

"The board neither subscribes nor encourages irrelevant, sexist or derogatory references to any gender specially women. The schools should exercise extreme care while selecting books of private publishers.

"The content must be scrutinized to preclude any objectionable content that hurts the feelings of any class, community, gender, religious group in society if prescribing books having such content, the school will have to take the responsibility of such content," she added.

According to DCP (East) Omvir Singh, an FIR has been registered at Preet Vihar police station against the author and publisher of the book.

Police said that they have taken the books in their possession and will soon be calling the author and publisher of the book for questioning.

Excerpts from the Physical Education textbook defining "36-24-36" as the "best body shape for females" created an outrage on social media with critics demanding that the text be withdrawn.

Union HRD Minister Prakash Javadekar had condemned the definition as "sexist" and ordered action in this regard. The same day the publishers had announced that the "printing, selling and distribution of the book has been stopped with immediate effect".