NEW DELHI: In an unusual decision, BJP had given money from its party funds to a 'for profit' company, Shree Multimedia Vision Ltd (SMVL), to publish a newspaper. Some prominent BJP leaders were either directors or stakeholders in the company. 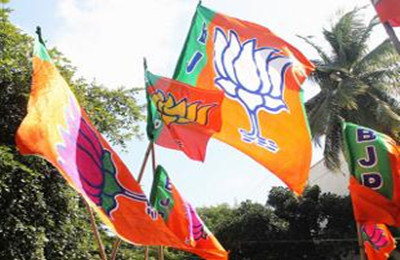 This list included the current Maharashtra education minister, Vinod Tawde. Tawde, after becoming minister, appointed the newspaper's editor, Dilip Karambelkar, who's also director of the company, as head of a state education body. Also, some other SMVL directors, current and past, have close associations with Bharatiya Janata Party, as donors and as those who fought elections under the party ticket.

The amount, Rs 25 lakh, was given in 2001, and proved to be a dud investment. Both BJP and the company concerned, SMVL, have confirmed to ET that there was no return on the investment. While the amounts involved are small, the participants that find mention in the story have a high profile.

However, the newspaper, Mumbai Tarun Bharat, continues to be published from the 'BJP Karyalaya' in Chembur. The address given for the editor of the newspaper as per records of the Registrar of Newspapers for India is identical to that of SMVL as given in Registrar of Companies (RoC) records.

In 2008, the title was transferred back to Bharatiya Vichar Darshan Trust, which had sold the title to SMVL.

In its 2012-13 balance sheet filed with RoC — the latest available in RoC's database — SMVL shows "nil" business activity but declares a "short term borrowing" of Rs 25 lakh from BJP Maharashtra. BJP described the amount as a "trade advance" and not a loan.

Company director Karambelkar, who continues to be the editor of Mumbai Tarun Bharat newspaper, also described the amount as an advance.

When asked whether SMVL returned the amount since its venture apparently did not take off, Karambelkar said: "As company is out of business it was not possible to return." BJP National General Secretary Arun Singh gave the same response to ET.

On the matter of the newspaper being run out of a BJP office, the newspaper told ET it had "taken this place on an expenditure share basis".

The independent auditor's report of August 26, 2013, accompanying the SMVL balance sheet, had this to observe on the company's borrowings: "For want of detailed information, we are not in position to comment whether the company has either granted or taken any loans secured or unsecured to/from companies, firms or other parties covered in Register maintained under section 301 of The Company Act 1956."

BJP's Arun Singh said in a written response to ET: "The amount was given as an advance for normal transaction. Accordingly, the amount was shown as a trade advance given by the Maharashtra unit of Bharatiya Janata Party in its audited balance sheet which in turn is merged with the overall accounts of the party."

The company and its directors: Union Roads Minister Nitin Gadkari and Maharashtra Education and Culture Minister Vinod Tawde were among the founding directors of SMVL, along with Karambelkar in 2001. Gadkari resigned in April 2011, but remains a nominal shareholder in the company.

Both Tawde and Karambelkar continue to be directors in the company. Tawde has not declared his association with SMVL in his two election affidavits filed in February 2014 (assembly) with the Election Commission.

Interestingly, on becoming a minister after BJPs victory in Maharashtra, Tawde appointed co-director Karambelkar as chairperson of the Maharashtra State Marathi Encyclopedia Production Board.

While Tawde did not respond to queries from ET, Karambelkar said: This question is irrelevant as I have my own standing in (the) academic field.

Gadkari, in his reponse to questions from ET, confirmed that a "trade advance" was indeed given to SMVL but said he had no further knowledge of the transaction.

The minister also said: "I agree that it is not appropriate for a political party to provide a loan to any commercial undertaking. However, political parties do have trade transactions with commercial entities, as vendors and suppliers...

The limited information I have been able to gather is that an amount was received by the company as 'trade advance' and is presently reflected as 'trade advance' in the balance sheet of the company under the broad head 'short-term borrowings'. However, at the cost of repetition, let me state that the company will be in the best position to answer specific queries regarding the transaction."

Further, the minister said that though he was once a director in SMVL, he currently held only "0.02%" of the shareholding. On why this was not specified in his election affidavit, Gadkari said: "I resigned as director of said company on April 9, 2011. This shareholding of a mere Rs 100 is reflected as miscellaneous investments in the affidavit filed by me for Lok Sabha...under 'misc. investments'."

Gadkari was BJP Maharashtra president from 2004 to 2008, then PWD minister in the Sena-BJP government before becoming BJP national president in 2010.

Tawde was BJP Maharashtra general secretary from 2009 to 2011.

What are SMVL and Mumbai Tarun Bharat? Are they a small part of a larger network? Consider this:

Ravindra Boratkar, a director in SMVL, is the chairman of Purti Group, of which Gadkari is the promoter.

C Uday Bhaskar Nair, another director in SMVL, runs a coal-trading outfit besides two big hospitals in Nagpur. He is recorded as a donor to BJP in 2008. In 2011, he contested assembly elections in Palakkad, Kerala, on a BJP ticket. He is also the largest shareholder in SMVL.

Ram Prakash Mishra, the second-largest shareholder in SMVL, is the former chairman of Janakalyan Sahkari Bank. SMVL shows a borrowing of Rs 12.5 lakh from the bank in 2002. Interestingly, Tawde, in his election affidavits, has declared shares in the same bank. Karambelkar's wife UD Karambelkar is also on the board of the bank.

Keshav Kunj: There is a shortterm borrowing of Rs 20 lakh declared in RoC against the entry Keshav Kunj, which is also the name of the RSS office in Delhi. However, Karambelkar said it wasn't the same Keshav Kunj. This is not Keshav Kunj in Delhi as you are assuming. It was a housing project.

Shrirang Printers: The company has declared certain liability towards this company in its balance sheet as on March 31, 2013, (over Rs 13.67 lakh). Both Karambelkar as well as Tawde were directors in this company as in 2007, as per RoC records. Two of the company's current directors run a trust - Keshav Srushti - in the memory of RSS founder KB Hedgewar.

Bharatiya Vichar Darshan: This trust originally had the Mumbai Tarun Bharat title. RSS ideologue Vinay Sahasrabuddhe was associated with it till 1998-99. It got back the title in 2008, but Sahsrabuddhe told ET that he has nothing to do with SMVL. "I resigned and hence would not be knowing about the developments thereafter. BVD used to run Mumbai Tarun Bharat, a daily newspaper." Suresh Hawre now runs the trust. Hawre, a builder, is a BJP member and contested assembly elections in 2009 as a party candidate in Maharashtra. Another member of the trust is Shahji Mahadev Jadhav, who is the publisher for Mumbai Tarun Bharat. Jadhav and Dilip Karambelkar together run a company called Aaswad Prakashan Pvt Ltd.

In trying to trace the story behind the elusive Shree Multimedia Vision Ltd, the company which had received money from BJP Maharashtra, ET visited the addresses mentioned in various records related to company and the publication Mumbai Tarun Bharat.