Indian publishers nervous about taking books that might offe 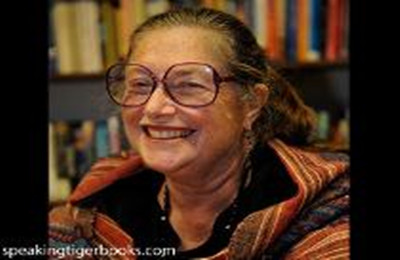 Wendy Doniger's controversial book, "The Hindus: An Alternative History", has been back on bookshelves in India for a few months. And while she's delighted about it, the professor of history of religions at University of Chicago is wary of coming to the country. Not for the fear of Hindu fundamentalists, whom she deals with in the US as well, but of arrest.

The lawsuit against her book in early 2014 was a criminal case. As a result, she was served with a subpoena in the US.

"I ignored it (the subpoena) because there is no extradition between America and India in a case like this," Doniger, 75, told ETPanache in a Skype interview. "That put me in contempt of court. And had the case come to court, had it been settled one way or another, the judge would have put me out of contempt. But since it never came to court, I am still hanging in limbo. There is still some question as to whether I am still in contempt of court for having refused that subpoena. So, there is enough of a chance that I might get into legal trouble in India."

"The Hindus" gets second life

But Doniger is happy that "The Hindus" has been republished. The Delhi-based "Speaking Tiger", founded by former "Penguin India" editor Ravi Singh, has undertaken the task of publishing the 750-page book. What's more, it will be translated into Tamil and Telugu as well. "I am thrilled. It's (translation) never happened to me before," says Doniger. Interestingly, when Penguin India published the book in India in 2010, Singh was the editor.

This time, however, Doniger and "Speaking Tiger" are determined to fight it through if a lawsuit is filed to withdraw the book. As it is, she believes reissuing the book after the lawsuit is a gesture of protest. When asked whether she expects a backlash again, Doniger gives a pragmatic response. "I expect it might happen," she says. "If it happens this time the publisher and his backer are intent on defending it in court. If there is a lawsuit this time, it might at least produce one good effect, which would challenge this bad law that's allowing promiscuous lawsuits all over India. The best scenario would be to let it be, as it may improve Prime Minister Narendra Modi's image in allowing free speech and literary censorship." The republication of the book, Doniger feels, also concerns publishers, who have been nervous the harsh spotlight on "Penguin" the first time around. "A lot of other Indian publishers have been very nervous about taking books that might offend the Hindutva crowd," she says.

Considering it's a small, independent publication, and legal battles can get expensive, Doniger reveals that she has waved off her royalties for the republished copies. The money saved would be set aside for legal aid if required. In addition, several constitutional lawyers in India have assured volunteering for defense. (In the absence of a lawsuit, however, Doniger will start getting royalty after five years.)

Have your students or peers become more cautious writing about India and Hinduism after the controversy your book generated?

"The older established scholars like Hugh Urban and David White haven't toned anything down. But my current students are choosing their dissertation topics a little more cautiously. They are choosing not to write about really sensitive areas for fear that they won't get visas or they won't be able to get to India to do their work. So, the younger ones are little intimidated and I worry about that. I am hoping that the republication of my book and other good signs will give them renewed courage."

On P Chidambaram's comment that it was a mistake to ban Salman Rushdie's Satanic Verses "First of all, it's wonderful when any government official admits a mistake. Better late than never. The writers who gave back their Sahitya Akademi awards, that was a good sign, and that others jumped on that bandwagon and the fact that my book has been republished successfully without a counter lawsuit yet. Things could still happen, but it's good that it (counter lawsuit) didn't happen right away and, maybe, won't happen at all."

Persistence pays Singh kept in touch with Doniger and when he founded "Speaking Tiger" last year, resumed talks with the author to republish the book. "I was really pleased when Ravi took on the task of republishing the book," she says. "We talked about whether any changes needed to be made in the book. There were changes that I wanted to make. Not the changes that Batra (Dina Nath Batra, the man who sued Penguin India to stop the publication of the book) wanted to make. I made mistakes in it; not the ones they thought but other mistakes. The worst one of all that nobody caught was the statement that after the Amritsar massacre, (Rabindranath) Tagore had handed back his Knighthood. What I wrote in the book was that he had handed back his Nobel Prize. It was rather a stupid error and I only caught it after the book was published."

Everything was done quietly. The publishers wanted the book in bookstores before there was publicity about it. And on October 23, Doniger got the chance to openly announce the republication of the book, while addressing a large gathering of South Asian academicians in the US.

Good relations with "Penguin", not with "Bertelsmann" and "Pearson" Despite what happened, Doniger still maintains good relations with Penguin International, who did "good in the end". Doniger recalls a meeting with Penguin's CEO John Makinson in London in 2014, where he gave up the publication rights of the book in India free of charge. Besides, Penguin is still the publisher of the book in the US and several of Doniger's other books. However, Doniger still has a grouse against Bertelsmann and Pearson, who acquired Penguin India and put pressure on it to withdraw the book. Chiki Sarkar, the head of Penguin India when the book was withdrawn, had called Doniger early one morning to give her the bad news. "She was really upset that they had forced her to give up the lawsuit. So, I have nothing against my original publishers," Doniger says. "It was just a few bad guys who took over. I think they really regretted it. Talk about backlash; the lawyers wanted to avoid negative publicity to the European company that would result if the Indian publishers went to jail. But then they got international negative publicity. A lot of authors withdrew their books. Penguin took a lot of hits. So, I think they have been punished enough."